Cottesloe is a coastal suburb of Perth in Western Australia. In 1886 Governor Federick Napier Broome was given the pleasure of naming the newly subdivided area of Crown Land. He chose Cottesloe in honor of Thomas Francis Fremantle (Lord Cottesloe) the first Baron of Swanbourne. His brother, Captain Charles Howe Fremantle, was the first person to raise the British flag at Fremantle on the 2nd May, 1829. The Cottesloe Beach is considered one of the top family beaches in the world.

Cottesloe is the epicentre for public art in Western Australia and has for many years hosted the annual Sculptures By The Sea exhibition. Due to this there is an extensive collection of sculptures purchased by the Cottesloe Council making the area and exciting place to wander through. 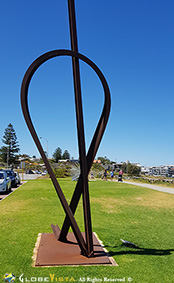 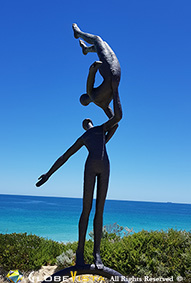 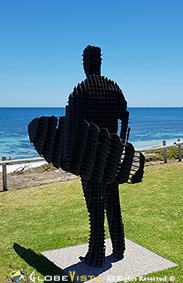