Singapore is an island city-state in Southeast Asia, made up of 63 islands. In 1819 the East India Company set up a trading post in Singapore and in 1824 Britain obtained sovereignty over the islands. During World War II the Imperial Japanese Army invaded Malaya leading to the Battle of Singapore. The British were defeated and surrendered on the 15th February 1942.  British Prime Minister Winston Churchill called this “the worst disaster and largest capitulation in British history”. The Japanese would occupy Singapore until September 1945, following their surrender. In 1963 Singapore declared independence by uniting with other former British territories to form Malaysia. Two years later they separated from Malaysia to become their own independent city-state. Highly urbanised, Singapore is the world’s fourth leading financial centre and a popular tourist destination. 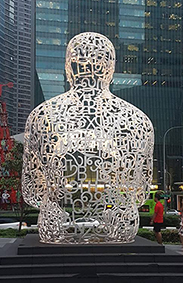 From Chettiars To Financiers

Let There be Peace

A Visit to the Museum: Taking the Past Forward