Northbridge is an inner city suburb of Perth which was originally home to a series of freshwater swamps. Thanks to convict labour in the 1860’s the area was drained , filled in and buildings erected in their place. The gold boom, a few decades later, saw the area expand. In moved the elite and up went the private schools. The Chinese ran many of the market gardens in the area. Following World War I the “well to do” moved out and the Europeans moved in. The majority being Greek, Macedonians and Italians. The European migration brought with it a culture , the outdoor cafes and the al-fresco lifestyle. The public art in Northbridge reflects this explosion of culture. 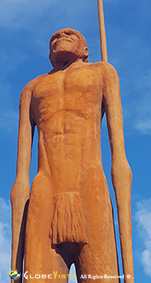 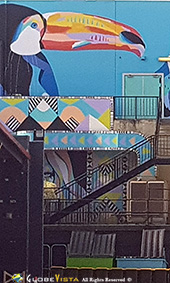